Types of Aerial Platforms for Drones

Drones are aircrafts with no human pilot aboard. They are thus also called unmanned aerial vehicles. A lot of companies and individuals are now using them for remote sensing, motion and commercial picture filmmaking, disaster relief, oil and gas exploration, construction, and large scale farm spraying.  Drones are also used for line-of-sight flying which involves attaching a camera to the drone and flying it over scenic locations to catch a glimpse of the breathtaking views.

When thinking of a drone for any purpose, your first stop should be finding a drone specialist in the UK. This generally entails working with a drone company with affiliate pilots who are experts in the application for which you want to use the drone. There are different drones available based on your desired use for them. If, for instance, you are intent on aerial mapping, you should consider your options based on the drones’ aerial platforms. Here are your drone options based on their aerial platforms.

These are the cheapest and easiest drones for getting an eye in the sky. Multi-rotor drones give you considerable control over framing and positioning when used for aerial photography. Even so, these drones have limited speed and endurance. These drawbacks make them unsuitable for extended endurance mapping, large scale aerial mapping, and long-distance inspections like those used for power lines and pipelines. Most multirotor drones on the market only have 20-30 minutes of flying time.

These use wings like those in a standard airplane to generate a lift. This makes them only use energy to advance and not hold themselves in the air, thus making them more efficient. Fixed-wing drones will cover long distances, map large areas, and provide long-term monitoring of a point of interest. The primary drawback of a fixed-wing drone is its inability to hover in a single spot. This makes it unsuitable for general aerial photography. Moreover, a fixed-wing drone will need a catapult launcher or runway to launch them into the air and recover them.

These look much like standard helicopters with one big rotor and a small one at its tail for controlling its heading. Single-rotor drones are more efficient compared to multi-rotor ones and can also be powered using a gas motor for extra endurance. These drones are, however, quite complex and expensive. Their large rotor blades also pose a risk of fatal injuries when mishandled. 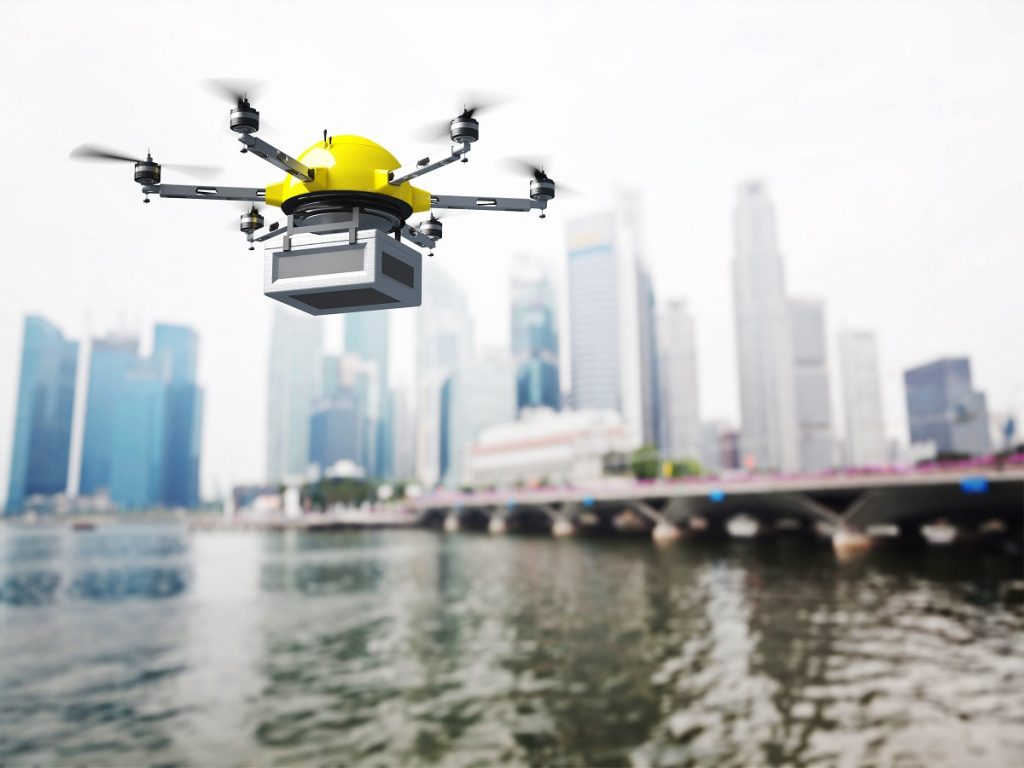 These have all the benefits of fixed-wing and rotor-based drones. Hybrid VTOLs are the latest in the market and are balanced when it comes to manual gliding and automation. A vertical lift gets the drone off the ground into the air while accelerometers and gyros keep the drone stabilized. Remote-based or programmed manual controls guide hybrid VTOLs on their course.

Get a Pilot for Your Drone

With one of the above alternatives, your aerial mapping will be a breeze. Some people assume, however, that all they need is the right drone to get the job done. Keep in mind that these drones do not fly themselves, and mishandling can lead to disaster. You should consider hiring a pilot for your drone. This guarantees you get quality photos while ensuring the safety of both your drone and the people around it.