No, there is no such word in the English dictionary but, it is the best translation of what South Koreans refer to as meokbang or mukbang. This popular format is different from the usual cooking shows we see. The focus in a mukbang video is on the food and how the presenter eats it.

The Popularity of Mukbang

Mukbang came from the Korean words, “meongneun,” which means eating, and “bangsong,” which means broadcast. It involves recording someone eating food. The food can be anything, from noodles to pizzas.

In some ways, it is quite similar to another YouTube sensation: ASMR. Now, while the latter focuses on producing tingling sensations that can help the viewer relax (the crunchier the food is, the better!), mukbang focuses more on showing the world that you can eat large amounts of food in one sitting. There are instances, of course, where both can be present in a mukbang video.

In an ASMR video, the chewing and swallowing sound can be quite relaxing (at least for some) and, at the same time, hunger-inducing. This can work wonders, especially if you are not quite taken with the food that is in front of you.

But mukbang videos tend to inspire curiosity among viewers eager to know just how much food can one human being take in before giving up. It can also be fascinating to watch people stuff their mouth at an incredible speed without worrying about their health. 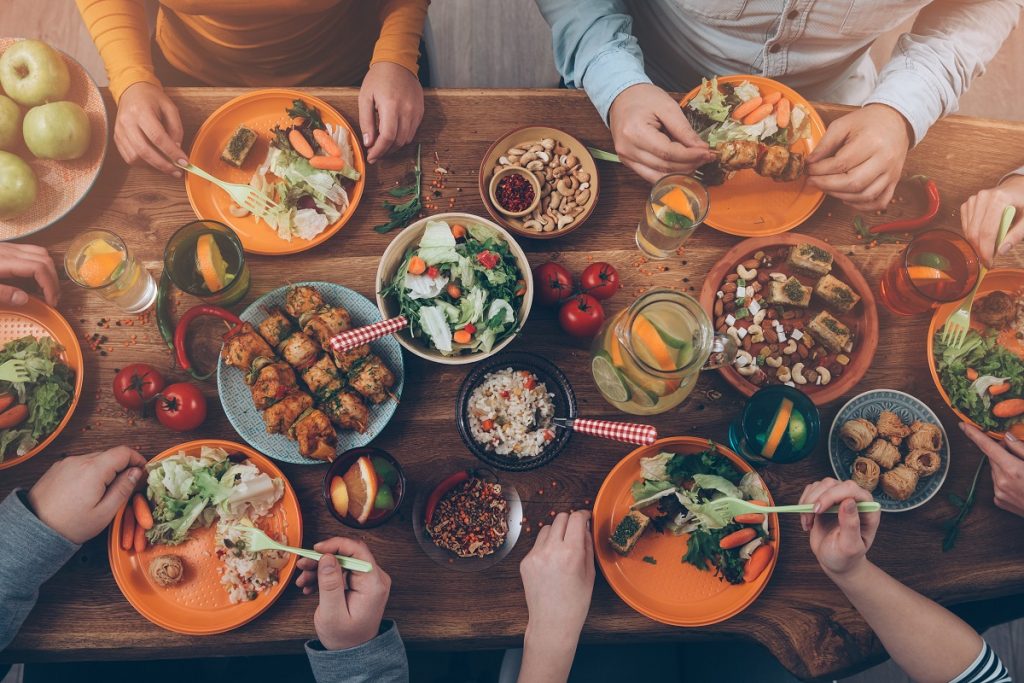 In a world where everyone seems to be happy sitting in front of their computer, mukbang offers the opportunity to eat with someone who is not with you. Many introverts find that mukbang has given them some solace in a world where eating alone is seen as strange.

Mukbang’s popularity is also based on the popularity of social media and the internet in South Korea. It is impossible to find anyone who is not glued to their phone and not streaming a video. This should come as no surprise as they have the fastest internet connection for several years now.

Mukbang and the Corporate World

Mukbang is also used by corporate video production companies to promote clients who are in the food industry. Most professionals consider it a combination of a skit and vlog that aims to engage the audience. The principle behind this is that the visual appeal of the enormous amounts of food will make you hungry enough to try their client’s menu.

The Downsides of Mukbang

It should not come as a surprise that mukbang has its downside too. Eating large quantities can cause serious health issues, not the least of which is gaining excess weight. In South Korea, the government has already taken steps to regulate mukbang videos by launching the National Obesity Management Comprehensive Measures. One reason for this move is the government’s concern that mukbang videos might promote binge-eating, which can be harmful to one’s health.

But even as you read this, the popularity of mukbang continues, as many people are exploring new dishes, flavors, and experiences both online and in real life.