When technology is used strategically to suit the demands of modern living, it may potentially lead to better and more informed decisions. Digital centralization is a case in point.

Digital centralization is changing the lives of many by providing a smarter and savvier way to incorporate the benefits of technology in modern living.

It predominantly changes the landscape of modern living by virtue of the convenience and easy access that it brings to users.

With a single device, secure online shopping becomes easier. So is checking and tracking the financial transactions that came through, and gaining information about road traffic.

Digital centralization is the process of integrating a myriad of IT systems and devices into one source. This strategy may be adopted by different groups and stakeholders to simplify IT processes and make them easily available. 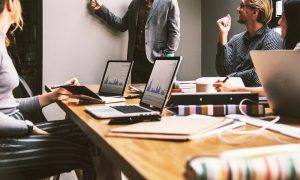 Companies, communities, organizations, and government offices are among those that put digital centralization at the core of their IT strategies.

The outcomes of the seamless integration of IT systems and devices result in operational efficiency and better decision making.

The demand for digital centralization took form as more and more people began using modern technology in their daily lives.

As different machines and devices were put in place for communication, entertainment, and business operations, it became necessary to minimize the number of devices used and to simply access them from a single source.

Digital centralization maintains the level of connectivity among users and stakeholders while saving costs, boosting efficiency, and keeping a tight lid on information security.

Seeking out information online, checking emails, keeping track of financial transactions, sending and receiving SMS, and using a wide range of mobile applications – these are all made possible through a smartphone.

The smartphone is a testament to the important role of digital centralization in modern living. While not everyone may have 24/7 access to laptops and computers, having a smartphone on hand puts together valuable features and functionalities in one device. It allows for easy and immediate access to different applications anytime, anywhere. 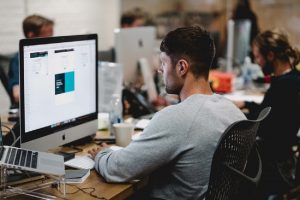 The value of digital centralization is also evident in how most businesses operate today.

Regardless of the size of the company or the industry that they belong to, integrating IT systems and devices work well in streamlining their operations and increasing their efficiency.

Startups and smaller companies make use of integrated IT systems and devices to sort their books, organize their financials, keep track of their inventory, and gather customer data.

Keeping these business tasks and processes well-coordinated help smaller businesses perform better sans the need the need to bring more people on board to perform and coordinate these tasks manually.

For its part, large companies and multinational corporations also benefit from centralized IT systems and devices because the seamless integration connects and coordinates various business processes regardless of the different factors at play such as the time difference and geographical location.

The emergence of digital currencies

The rise of bitcoins is another form of digital centralization at play.

Bitcoins maintain the structure of its cryptocurrency transactions and has secure features and strict registration requirements which make discrepancies trackable and easily identifiable.

Home automation in our midst

The process of centralizing smart devices with smart speakers has urged users to welcome home automation, with more people realizing the value and convenience if having voice-activated digital assistants in their homes.

In its simplest sense, smart speakers are voice-controlled wireless speakers programmed to do as its users please.

These speakers have Artificial Intelligence built into them.
AI allows the device to perform a myriad of tasks based on specific voice-initiated instructions. Google Assistant. Apple’s Siri, and Amazon’s Alexa are just some of the more popular smart speakers today.

As we speak, voice-activated digital assistants are gaining more popularity in the US. Meanwhile, its users in the UK has increased significantly.

Recent figures from Statista show that 82% of smart speaker users in the US and in Europe use their devices to seek information. This information ranges from news, weather reports, recipes, appointments, advice, among others.

The same source reveals that 28% of the respondents from these countries use their devices for making payments and sending money.

The phenomenon of digital centralization speaks volumes of its value to its users. One of the distinct advantages of IT centralization is its unified platform.

The unified platform feature of digital centralization requires that all data are stored in a single platform, paving the way to immediate accessibility.

Another notable advantage of IT centralization is the structure that it brings to the company, organization, community or government offices that have adopted it.

Integrating IT systems and devices in a single hub make the processes more transparent and clearly identifies the accountability which would have otherwise been blurred if the centralization was not put in place.
It also goes without saying that the focused vision brought on by centralized IT systems allows effective leadership through improved efficiencies in operations and better avenues for communication and coordination.

Despite the positive impact of IT centralization in different facets of modern living, it is evident that the work in centralization is not yet done. There remains a number of issues to resolve and processes to refine.

Making it to the top of the list is the multiple entry points of pertinent data and information.

Since data may come from various sources, there may be some challenges in tracking information.

Gaps in efficient communication may also pose a challenge when massive data is required and the only source is a single hub. In effect, the lags in time may possibly affect production.

In general, digital centralization has led to a major shift in modern living. Making the most of what it has to offer demands defining the objectives of your centralization strategy as well as a clear understanding of the existing IT systems and devices that need to be integrated.

Ryan picked up his first game-boy in the mid-‘90s, pressed one button, and instantly fell in love with technology. Since then, he has become an avid fan of tech brands, their releases, and various conventions and product promotions – especially the ones for video games. He is now a creative writing graduate who loves to cover all things tech and how it relates to culture.